The Center Stage with Pamela Kuhn 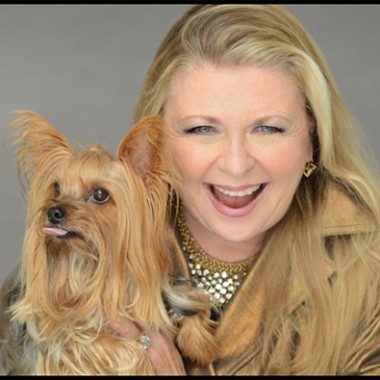 The Center Stage with Pamela Kuhn

The Center Stage with Pamela Kuhn centers around a different interview each week with a local, national or international artist from a variety of arts disciplines: music, theatre, fine arts, film, dance and literature. We discuss their art, current projects, upcoming performances, exhibitions or releases, and what it means to be an artist in the 21st century.

Hosted by international opera singer Pamela Kuhn, with an extensive performing background and an interest in all things arts, will bring varying perspectives and experiences to each interview.

Listen to Archived Shows on WGCH.com

Pamela’s bio:
Operatic Soprano, PAMELA KUHN, has thrived in bringing her sumptuous sound to the stages of Vienna, London, Paris, Venice and cities across America. After graduating with a Master of Music degree from the University of Southern California she based her career in London for twenty years, performing her recital debut at the Wigmore Hall in London with the extraordinary Graham Johnson and numerous performances with the legendary pianist, Geoffrey Parsons. Her operatic highlights include the roles of Aida, Sieglinde, Pamina, Fiordiligi, Ariadne, Countess (Marriage of Figaro), Donna Elvira and Tosca. Upon hearing her audition for Rezia in the Edinburgh Festival Production of Oberon, Maestro Seiji Ozawa said “Her voice is perfect!” and she was immediately cast.

In concert she has been the featured soloist with the London Philharmonic in the Princess Diana Memorial Concert, The Philharmonia (UK), The Bournemouth Symphony, The Junge Deutsche Orchestra, Oregon Bach Festival and the City of Birmingham Symphony Orchestra with conductors including Sir Richard Armstrong, Seiji Ozawa, Peter Maag and Helmuth Rilling. She is now recognized as an advocate for young professional singers and champions all of her student’s successes. She hosts “The Art Of Song” series and has produced popular musical/theatrical productions at the Greenwich Arts Center, Bush Holley Historical Society and at the Byram Library. In 2010, she established the Angel Choir, her charity choir that serves as a platform for cancer patients and survivors to find rehabilitation through music making. 2014 saw her launch of The MasterSingers Chorus in Greenwich where her gift as a raconteur helps to build an educational bridge between audience and performers. Please visit her website at PamelaKuhnVoice.com.